Captain Phillips is a movie about the 2009 hijacking of the Maersk Alabama commercial container ship by Somali pirates. Pirates, one of Americans’ most beloved figures—consider the popularity of the recent Pirates of the Caribbean trilogy—are loathsome savages in this film. They kill their own, abandon their own, don’t aid their own when they are injured, and are portrayed as generally lacking in even the most rudimentary forms of human compassion. By contrast, Tom Hanks, who plays the eponymous Captain Phillips, urges the Somali pirates to treat their wounded; expresses paternal concern for his captors—“What are you, sixteen, seventeen? You’re too young to be out here doing this”; conveys indignation over the pirates’ conduct—“Is this how you do business? By shooting people?”; and repeatedly tells the hijackers that they could leave, right now, with $30,000, no questions asked—evoking a smarmy game show host (I kept picturing Regis Philbin).

I suppose the idea is that the pirates weren’t acting out of desperation, but greed. Apparently, casting wasn’t on the same page, since the actors portraying the pirates are cadaverously thin. Though it wouldn’t surprise me if, in our merciless age of austerity, starvation wasn’t regarded as justification for theft. Perhaps if the pirates had raided pensions instead of corporate freighters the film would’ve treated them more charitably.

Phillips, who by the end of the film is shown arms tied to the wall, producing a cruciform image, falls short of his role as Christ figure. The ship’s chief engineer told CNN, “it was the captain’s recklessness that steered them into pirate-infested waters.” Crew members said that Phillips pursued this dangerous route in order to save money. Now the crew is suing the shipping corporation for putting them in harm’s way, with Phillips playing a nasty role in the lawsuit. To quote a Businessweek headline on the topic, “Hero of Captain Phillips Movie Portrayed as Villain in Lawsuit”.

Though the extent to which Phillips falls short of the movie’s exaltation is somewhat surprising, the film’s depiction of Somalis is not. Somalis have served as convenient villains for Hollywood in the past. Blackhawk Down portrayed Somalis as ruthless and bloodthirsty, while making sure to depict Americans as honoring every life. Unfortunately, the facts don’t support this narrative. In the real Blackhawk Down incident, 1,000 Somalis were killed as US rangers dropped into a crowded marketplace. The film was so distorted in its depiction of Somalis that the Somali Justice Advocacy Center in California called for a boycott of the movie, saying it “portrays Somalis as violent savages”.

Captain Phillips is keen to mention that the Maersk Alabama was carrying some humanitarian aid, but neglects to mention the US’ extensive crimes in the region. For example, the US supported the brutal dictator of Somalia, Siad Barre, until his loss of power in 1991. The US’ “humanitarian” mission, “Operation Restore Hope”, killed 7,000–10,000 Somalis and resulted in a civil war, famine, and political chaos.

In 2001 the US closed al Barakaat, a money transfer company, claiming that it was being used to funnel money to al Qaeda. The organization had no connection to al Qaeda, and thousands of poverty-stricken Somalis depended on the money transferred through al Barakaat from family abroad. Somalia specialist Michel Del Buono stated that the decision to close al Barakaat was “equivalent to killing civilians”.

In 2006 it came out that the US had been financing warlords in Somalia. These warlords created death squads that terrorized the country by killing or capturing anyone who supported Islamic movements. Some of those captured by the death squads were turned over to the US for money, where they weretortured.

In response to the terrorism of the US-backed warlords, religious factions began to unite to fight off the warlords. The factions united under the name, The Union of Islamic Courts. The UIC ushered in a justice system as well as stability, which allowed the unrestricted delivery of aid to malnourished Somalis. By 2006 the UIC had united almost all of Somalia. The top UN official on Somalia, Ahmedou Ould-Abdallah, stated that the time of the UIC rule was the “golden era” and the only break from the steady stream of misery for Somalis. The UIC was the first semblance of a stable central government in 15 years.

A leaked diplomatic cable published by Wikileaks revealed that the US wouldn’t tolerate the UIC gaining control of Somalia. The Bush administration likely believed the UIC would be too independent from US influence and mistakenly saw the UIC as sheltering radical Islamists.

In 2006 the US backed Ethiopia’s invasion of Somalia. It was a characteristic US proxy war with US troops on the ground, US intelligence informing strategy, and US air power providing support. The invasion turned into a brutal 2-year occupation, displacing hundreds of thousands and killing 16,000 civilians.

Rob Wise at the Center for Strategic and International Studies says the Ethiopian occupation transformed al Shabaab from a very weak force in Somalia to “the most powerful and radical faction in the country”.

Perhaps most repulsive element of Captain Phillips is its failure to give any explanation for why there are pirates operating off the coast of Somalia. There is no mention of the US role in making Somalia a failed state unable to have a coast guard. The result is that the fishing waters have become ruined by foreigner’s over-fishing and European, Asian, and Gulf companies dumping toxic and nuclear waste into Somali costal waters. The unguarded waters are free trashcans for companies, which would have to pay expensive fees to dispose of their waste elsewhere. Ahmedou Ould-Abdallah, the UN envoy for Somalia, said, “There is uranium radioactive waste, there is lead, there are heavy metals like cadmium, and mercury, there is industrial waste, hospital, and chemical wastes.” He continued, “Radioactive waste is potentially killing Somalis and completely destroying the ocean.”

After 20 years of continual famine, civil war, and the destruction of the ocean, fishermen were left with few options, so they began to engage in piracy.

In 2007 the UN noted that Somalia had higher malnutrition rates, more bloodshed, and fewer aid workers than Darfur. Ahmedou Ould-Abdallah described Somalia’s plight as “the worst on the continent”. 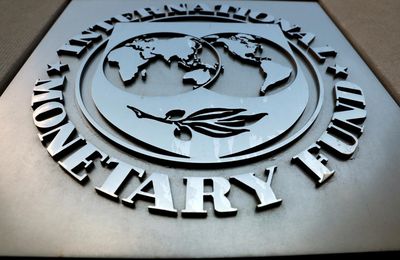