Without any US assistance, Islamist groups in Syria have zoomed past the moderate rebel forces in organization, control of territory, and staying power – thus becoming the Assad regime’s principal opponents.


The gradual collapse of Syria’s moderate rebel forces is forcing the United States to consider extending its support to the Islamist groups it has long rejected but which are steadily rising to become the Assad regime’s principal opponents.

The irony, as some of Syria’s forlorn moderate rebels are noting, is that the US may have unwittingly aided in the demise of moderate forces because it for so long held off extending lethal and nonlethal aid to them – out of fear that some of that aid might fall into the hands of Islamists.

Now it’s the Islamists who, without any US assistance, have zoomed past the moderate rebel forces in organization, control of territory, and staying power.

Secretary of State John Kerry insisted Friday that the US “continue[s] to have confidence in ... the [moderate] opposition, and we will continue to support them.” But the chief US diplomat’s assertion – nearly three years into Syria’s civil war – was hardly a fist-pounding endorsement.

And it was offered even as senior US officials have been meeting with representatives of some of Syria’s Islamist groups that are more moderate. The US envoy to Syria, Robert Ford, met last month with leaders from the recently formed Islamic Front – a coalition of seven groups fighting for a strict Islamic state in Syria. Ambassador Ford could continue those discussions in the coming days as part of a trip to London and Turkey to meet with Syria’s political opposition and its international supporters.

US officials and other members of the international Friends of Syria group have privately fretted for more than a year about the eclipse of the moderate rebels by Islamist factions, which include groups the US has designated as terrorist organizations.

The reversed fortunes of Syria’s rebel coalitions burst into the open last weekend when fighters from the Islamic Front overran the northern Syria base of the moderate, US-backed Supreme Military Council (SMC). The Islamists took control of the base’s warehouses of US-supplied nonlethal material, including pickup trucks, communications equipment, medicines, and thousands of ready-to-eat meals.

The US, joined by Britain, quickly suspended all nonlethal aid to the rebels. US officials insist the suspension is only temporary and could end soon, especially if the Islamic Front returns the seized material as the US is demanding.

But the episode showcases both the weak state of Syria’s moderate rebels – and the disarray in America’s Syria policy.

The elevation of the Islamic Front to a position of power lays bare the divisions among international supporters of Syria rebels – and in particular between the US and Saudi Arabia.

Even as the US held back from providing arms to the rebels, the Saudis and other Gulf states had no such qualms, and in fact they enthusiastically armed Syria’s Sunni Islamist militant groups. As those groups grew in size and influence with the help of outside aid, some groups from the internationally hamstrung moderate-rebel coalition have switched over to the Islamist side of the rebel divide.

According to some regional experts, Saudi Arabia has decided that the Islamic Front is the best bulwark against a worrisome arc of Al Qaeda influence rising across Syria and Iraq and fueled by two Syrian rebel groups – al-Nusra Front, and the Islamic State of Iraq and al-Sham. But some caution that the line separating the most extreme Islamists from the others is not so well defined, and they warn that the two sides have cooperated on the battlefield.

The US is also working to pull off a peace conference in late January – to be organized by the United Nations and cosponsored by the US and Russia. But it remains unclear who from the opposition forces will attend the conference, and with what authority or public mandate.

The US would like to see some support from within the Islamists’ ranks for the peace conference. Until recently, six of the seven groups within the Islamic Front condemned the conference – the stated goal of which is to end the Syrian war with a plan for a political transition. In recent weeks, however, some Front representatives have suggested they would favor taking part in the conference.

Yet even if the US is contemplating some representation from the Front at the international conference, the US remains cautious about the Islamists joining the SMC, the moderate rebel coalition, US officials say.

Among key reasons for the reluctance: letting any Islamist groups in would make keeping aid out of the hands of the extremists harder. Beyond that, the Islamists reject the ultimate goal of a democratic transition with equal rights and protection for all Syria’s communities. 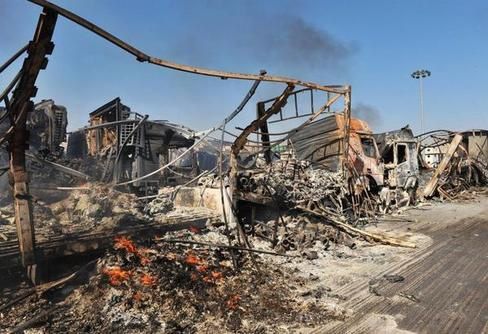