On Friday, French Defense Minister Jean Yves Le Drian visited Central African Republic (CAR) to hold talks with the country’s interim leaders amid the ongoing French intervention and escalating violence in the country. He spoke with French soldiers and also with CAR President Michel Djotodia, who is supported by the Seleka militia.

Speaking to French soldiers in the CAR capital, Bangui, Le Drian said that the “spiral of confrontation has seriously worsened,” producing a “humanitarian crisis” and the risk of “anarchy” in the region if it attracted criminal and terrorist groups.

Le Drian’s statement was a tacit admission that the basis of the French intervention in CAR is a political fraud. Supposedly launched to halt violence between majority Christians and minority Muslims, France’s war in its resource-rich, strategically located former colony is fuelling violence between Christian militias and the Muslim Seleka forces backed by Paris.

French military spokesman Colonel Gilles Jaron explained, “The two soldiers had been part of a team inspecting an area east of Bangui’s airport close to midnight on Monday before a disarmament operation.” According to Jaron, “gunmen fired on the French patrol, which returned fire.” Both soldiers subsequently died at the hospital.

Speaking in the CAR, Hollande claimed that his administration’s policy of disarming warring groups and restoring stability is essential to avoiding more bloodshed: “France knew it would be dangerous, but it is necessary to avoid carnage.”

Covering up French imperialism’s predatory interests in the region, Hollande cynically added: “France is not here in the Central African Republic out of any self-interest… France has come to defend human dignity.”

Hollande’s comment epitomizes the Orwellian propaganda of his Socialist Party (PS). Rather, French imperialism—having intervened in Syria to support criminal and terrorist forces linked to Al Qaeda, that Le Drian claims to be fighting in CAR—is intervening yet again in an impoverished former colony where it has a long history of reactionary intrigue.

This history includes French support to the dictatorship of Jean-Bédel Bokassa, whom French imperialism ousted in the 1979 coup codenamed Operation Barracuda; the 2002 installation in Operation Boali of Bozizé, whom it defended with 2006 bombings aimed at Djotodia’s forces; and finally France’s latest swing behind the Seleka forces.

While Hollande tries to wrap his wars in the tattered mantle of “human rights,” other political representatives of French imperialism make no bones about the strategic interests Paris is advancing. Christian Jacob, who heads the right-wing Union for a Popular Movement (UMP) group in France’s National Assembly, told a radio interviewer on Wednesday: “The CAR military operation is essential, given the country’s strategic location in the heart of Africa.”

The humanitarian crisis and sectarian violence devastating the CAR are primarily the result of Paris’ bloody pursuit of its imperialist interests in its former colony, backing Seleka’s ouster of CAR President François Bozizé in March. Paris aimed to seize the strategically located country in the centre of the African continent and destroy China’s rising influence in Bangui. China had made several key deals with the CAR under Bozizé, including on oil contracts and military cooperation.

France’s direct intervention into the CAR has intensified the violence. More than 600 people have been killed in the last week and over 160,000 people had fled their homes in Bangui alone, according to UN reports.

CAR Prime Minister Nicolas Tiangaye acknowledged, “Religious communities that have always lived together in perfect harmony are now massacring each other. The situation must be stopped as soon as possible.”

UN High Commissioner for Refugees (UNHCR) spokesperson Adrian Edwards said: “There are frequent reports of indiscriminate attacks against civilians, recruitment of child soldiers, sexual and gender-based violence, looting and destruction of property.” He added that 160 people were also reported to have been killed in other parts of CAR.

Sectarian clashes were also reported in several towns, including Bouca, Bossangoa and Bozoum, with 27 Muslims reported to have been killed by Christian self-defence militias, known as anti-balaka, in the village of Bohong on December 12.

Contacts have reportedly begun between Djotodia and the “anti-balaka” militias in an effort to negotiate some type of truce. Djotodia told RFI radio that “he was ready to extend his hand” to rival Christian forces.

Washington is deploying two aircraft and a command team to nearby Uganda in support of French operations in the CAR. US Defence Secretary Chuck Hagel has authorized military transport aircraft to carry troops from Burundi to the CAR.

On December 9, a US official told Reuters the Pentagon has received requests for logistical support to bolster French and AU troops. Speaking on condition of anonymity, he said US military support would likely resemble the assistance that the Pentagon has provided France during its war in Mali. That included airlift assistance and intelligence sharing.

Yesterday, French Foreign Minister Laurent Fabius said that France would ask for more help from European Union (EU) member states to help it wage war in CAR. “That is a real, big problem,” Fabius told Europe1 radio. “Tomorrow, I’ll go to the Council of Foreign Ministers and I will ask for stepped-up, more robust aid, including on the ground.”

When it launched its military intervention in the CAR a week ago, the Hollande administration claimed that it would only last about six months. However, analysts pointed out that it could last far longer.

African specialist Roland Marchal of the Paris-based National Centre for Scientific Research said “It’s an illusion—as it was an illusion in Mali to declare the war was over, that French soldiers would be back home soon… We have more than 2,000 soldiers [still in Mali], though Francois Hollande promised that only 1,000 would be there by the end of the year.” 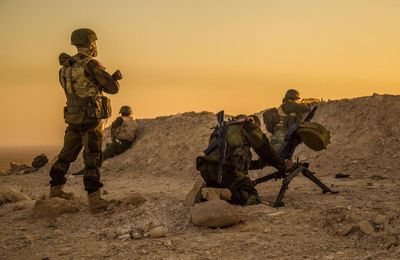 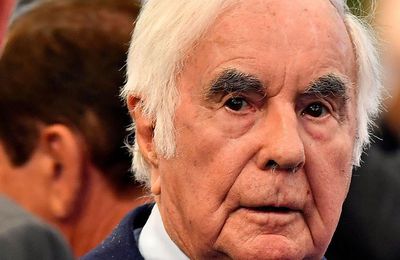