The veil must be lifted from the deliberations and machinations that led Nelson Mandela and the African National Congress to discard the people’s Freedom Charter in favor of an accommodation with white capital, in the early Nineties. Why, at South Africa’s most critical juncture, did the ANC make a pact with the Devil? And why did they keep it?

“The decision against nationalization has left the people worse off than when Mandela was elected in 1994.”

Why and when did Mandela change his mind about nationalization of the wealth of South Africa? And what have been the results? I find the mainstream media’s accounts, citing Mandela’s claim that he changed his mind at Davos, Switzerland, in 1992 implausible. More troubling is why when Mandela and the ANC led government saw things going so badly for the people they didn’t change course? These questions arise as we try to make sense of Mandela’s legacy. This is especially important in light of the catastrophic crisis of poverty, hunger, unemployment, education and health care besetting the South African people. The decision against nationalization has left the people worse off than when Mandela was elected in 1994. White economic privilege remains the same, and their wealth exponentially increased, a tiny, rich and mostly parasitic black bourgeoisie and a black middle class have been created. For 90 percent of the African population things have not improved.

The New York Times reported on December 10 that Nelson Mandela’s change of thinking occurred at Davos, Switzerland, at the World Economic Forum (the annual meeting of the major bankers, capitalist, entrepreneurs, celebrities, politicians and intellectuals tied to the neo liberal globalist model of the world economy) in January 1992. Tito Mboweni, a former governor of the South African Reserve Bank (that nation’s Central Bank), who accompanied Mandela to Davos, says when Mandela and the ANC delegation arrived Mandela had a speech written by the ANC that focused on nationalization. Mboweni says “we discussed this at some length and decided that its content was inappropriate for a Davos audience.” Mboweni drafts another speech that was friendly to the Davos crowd. The speech was vague and filled with clichés and platitudes and assured the audience that they had nothing to fear from Mandela or the ANC.

In a letter to the Sunday Independent last January Mboweni says it was meetings with representatives of the Communist parties of China and Vietnam that changed Madiba’s mind completely. According to Mboweni the Chinese and Vietnamese told Mandela “We are currently striving to privatize state enterprises and invite private enterprise into our economies. We are Communists Party governments, and you are a leader of a national liberation movement. Why are you talking about nationalization?” According to Anthony Sampson, the author of Mandela: The Authorized Biography, Mandela told him “They changed my views altogether. I came home to say: ‘Chaps we have to choose. We either keep nationalization and get no investment, or we modify our own attitude and get investment.’”

”The path to Mandela’s radical change of mind involved more than conversations during a five-day meeting in Davos in 1992.”

It is obvious that the ANC, the South African national liberation struggle and the nation as a whole were at a critical juncture. They were faced with problems of consolidating political power and moving the nation towards economic emancipation. On the other side, the white regime and its backers in the West were concerned with making concessions to black South Africans that would not disturb western corporate control of this mineral rich and strategically located economy. However I find the accounts of Mr. Sampson and Mr. Mboweni implausible. In other words, the path to Mandela’s radical change of mind involved more than conversations during a five-day meeting in Davos in 1992.

The first question is about the representatives of China and Vietnam. Both nations in 1992 were at different levels of economic development. Vietnam was still in the social and economic reconstruction phase after 25 years of war against foreign aggression. China was a socialist economy that twelve years earlier had entered upon a path of reform within its socialist economy. China at that time had about 80 to 90% of the strategic parts of its economy under state control. Vietnam was similar with the state controlling economic reconstruction. Even today close to 70% of China’s economy is under state control. The most technologically dynamic and profitable sector of the Chinese economy is the state, or nationalized sector. The facts are that China and Vietnam are heavily state dominated economies and each says the objective of their economic planning is to build advanced socialism. Even if we accept that the Chinese and Vietnamese representatives at Davos said what Mboweni says, the next question is who were they and did they represent the official positions of their governments? If we accept the mainstream media’s accounts, they must have been saying, “do as we say, not as we do.” Of course this would have been an instance of unbelievable bad faith, even cynicism. But on this matter, rather than looking to the Chinese and Vietnamese delegates, I think we should question Mr. Mboweni ‘s and Mr. Sampson’s account.

The second point is that when Mandela emerges from prison two of his and the ANC’s most important allies were Cuba and Libya, two nations whose economies were heavily nationalized. Why did Mandela not consult Fidel Castro and Muammar Gadaffi among others to get a more complete view on how well nationalization was working or not working in their nations?

”The decisions made by Mandela and the ANC thwarted a robust transition and allowed the old system to remain pretty much intact.”

The third point, any nation emerging from a long period of civil war and national liberation, experiencing a radical transfer of power, necessarily goes through a period of transition. It is ludicrous to think that sober minds, especially those with the training of most of the ANC, could underestimate a transition where something like a New Deal for the people, including a jobs and infrastructure programs, an anti-poverty crusade, health care, housing and political education, would not be considered necessary. No clear thinking person could have imagined an overnight great leap forward from a ravaged apartheid economy to an advanced socialist one. There would be a transition period of at least a decade where the groundwork would be laid for a new democratic and socialist economy. The forms of this transition would have many layers, even ambiguities, but its direction would be firmly established and based on the Freedom Charter and its call for nationalization. The decisions made by Mandela and the ANC thwarted a robust transition and allowed the old system to remain pretty much intact and thereby recklessly undermined the future of South Africa.

The more plausible scenario, from my perspective, is that Mandela and a small circle around him, long before Davos, perhaps in the last year or so of Mandela’s imprisonment, cut a deal. As we know Mandela entered into secret talks with the white regime before being released. These talks were kept secret from the ANC leadership. There were others in and outside of the ANC who were involved in secret talks about the economy well before 1990. By the time Mandela is released an agreement had been reached with the regime against nationalization. The question for Mandela and those in the ANC who supported him, was to get an appropriate time and place for Mandela to announce his change of position. There had to also be a plausible explanation of why such a drastic change. The Davos story fulfills both requirements, an appropriate place and a plausible story.

The fact that Mr. Mboweni, a free market capitalist, accompanied Mandela to Davos and had such power that he was allowed to trash the ANC speech and substitute for it his own, should raise further troubling questions about the behind scenes operations among the ANC elite. Why weren’t other views present in the ANC delegation at Davos? Or were they dismissed as “too radical” even before Davos?

”By the time Mandela is released an agreement had been reached with the regime against nationalization.”

Not long after the Davos announcement the ANC (or the free market and neo liberal elements within the ANC) announced that the first black government would assume the entire debt of the white regime. A sum of close to $25 billion. The ANC took an IMF loan to pay the debt, which came with severe strings attached that protected white control of the post apartheid economy. (see my article in BAR Dec 11 2013 for a further discussion of this). Mandela’s claim that he was turned around at Davos is questionable and his turn against the Freedom Charter and the aspirations of the masses of South Africa (who cherished the Freedom Charter as their manifesto of freedom and reflective of their freedom aspirations) is problematic.

Winnie Mandela has said repeatedly that when Mandela emerged from prison he was not the same man. She says his revolutionary resolve was different. What she probably meant is his change of heart on economic policy and his willingness to, as she saw it, make unnecessary compromises with white South Africans and Western interests. Ronnie Kasrils, former minister in ANC governments, a member of the ANC executive and a leader of Umkonto weSizwe recently wrote (The Guardian, June 23, 2013) that the decision against nationalization was a “Faustian bargain” with the white world that sold out the South African poor. Naomi Klein in her book The Shock Doctrine suggests the bargain was that in return for the ANC turning against The Freedom Charter and nationalization, the West would make Mandela a living saint.

In my BAR article “Nelson Mandela, The Contradictions of his Life and Legacies” I argue there are four stages in Mandela’s life. The fourth is 1990 to 2013. This is the most contradictory in terms of his previous revolutionary activity. However, it is as significant to understanding his legacy and life as the previous ones are. The burning question is in power what did he and his ANC colleagues do to liberate the nation from economic apartheid and foreign corporate control. At this point the answer is in power the ANC failed. The problem is not important only to South Africans or Africans, but for how humanity, especially its impoverished and destitute majority, imagines the future world and how we fight for it.

Anthony Monteiro is a professor of African American Studies at Temple University. He can be contacted at tmon(at)comcast.net. 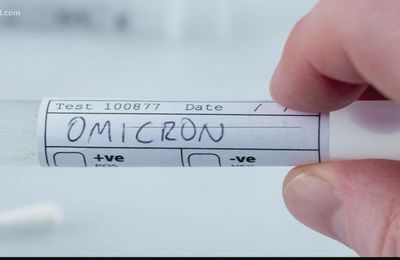 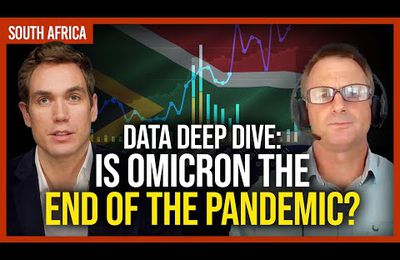