America is Still a Deeply Racist Country (The Guardian)

Gone is the overt, violent, and legal racism of my childhood in the 1960s. It's been replaced by a subtler, still ugly version

A week after Barack Obama was elected president in 2008, I walked into my old hometown bar in central Florida to hear, "Well if a nigger can be president, then I can have another drink. Give me a whiskey straight up."

Only one day in the town and I thought, "Damn the south."

I had returned home to bury my father, who had spent much of the 1950s and '60s fighting for civil rights in the south. Consequently, my childhood was defined by race. It was why our car was shot at, why threats were made to burn our house down, why some neighbors forbid me to play on their lawn, why I was taunted at school as a "nigger lover".

It was nothing compared to what the blacks in town had to endure. I was just residing in the seam of something much uglier.

It is also why I left as soon as I could, exercising an option few others had. I eventually moved to New York City to work on Wall Street.

In the next 15 years I thought less about race. It is possible to live in the northeast as a white liberal and think little about it, to convince yourself that most of the crude past is behind. Outward signs suggest things are different now: I live in an integrated neighborhood, my kids have friends of all colors, and my old office is diverse compared to what I grew up with. As many point out, America even has a black man (technically bi-racial) as president.

Soon after my father passed away, I started to venture beyond my Wall Street life, to explore parts of New York that I had only previously passed through on the way to airports. I did this with my camera, initially as a hobby. I ended up spending three years documenting addiction in the New York's Bronx neighborhood of Hunts Point. There I was slapped in the face by the past.

In my Florida hometown, there is a train track that splits the town into two colors. When we passed into the black section of town, even if I were lying in the back of the station wagon, I knew it. The gravel roads would wake me, and I could basically smell poverty through the windows.

Crossing into Hunts Point in New York is the same, complete with a train track. The roads are paved, but feel unpaved. The stench of poverty has not changed much (industrial waste rather than uncollected garbage), nor has its clamor or its destructive power.

Neither has the color of its residents: the poor side of town in New York is still almost entirely dark skinned.

It took me a few months of slow recognition, fighting a thought I did not want to believe: we are still a deeply racist country. The laws on the books claim otherwise, but in Hunts Point (and similar neighborhoods across the country), those laws seem like far away idyllic words that clash with the daily reality: everything is stacked against those who are born black or brown.

We as a nation applaud ourselves for having moved beyond race. We find one or two self-made blacks or Hispanics who succeeded against terrible odds, and we elevate their stories to a higher position, and then we tell them over and over, so we can say, "See, we really are a color blind nation."

We tell the stories of success and say: see anyone can pull themselves up by their bootstraps, further denigrating those who can't escape poverty. It plays into the false and pernicious narrative that poverty is somehow a fault of desire, a fault of intelligence, a fault of skills. No, poverty is not a failing of the residents of Hunts Point who are just as decent and talented as anyone else. Rather it is a failing our broader society.

It took me seeing one black teen thrown against a bodega wall by cops, for no reason, to erase much of the image of seeing Obama elected. It took the unsolved murder of a 15-year-old Hunts Point girl, a girl my middle daughter's age, to make me viscerally understand how lucky my children are. It took watching as one smart child grew from dreaming of college to dealing drugs to viscerally understand how lucky everyone in my old office is.

The barriers between Hunts Point and the rest of New York are not as high as they were between the white and black section of my hometown in the 1960s. People can freely pass over them. Practically, however, they are almost insurmountable.

Gone is the overt, violent, and legal racism of my childhood. It has been replaced by a subtler version.

It is a racism that is easier to ignore, easier to deny, and consequently almost as dangerous.

Chris Arnade received his PhD in physics from Johns Hopkins University in 1992. He spent the next 20 years working as a trader on Wall Street. He left trading in 2012 to focus on photography. His "Faces of Addiction" series explores addiction in the south Bronx neighbourhood in New York City. Follow him on Twitter: @Chris_arnade 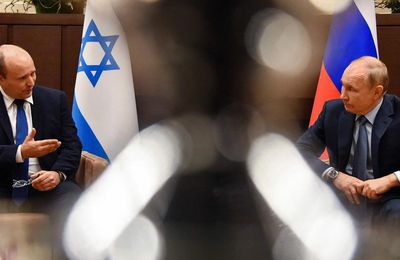