According to reports in the Süddeutsche Zeitung and Spiegel Online, Berlin wants to greatly expand German participation in military operations in Africa. The reports say the governing coalition of the Christian Democrats and Social Democrats is preparing a massive enlargement of the German mission in the African country of Mali.

So far, the Bundeswehr (Armed Forces) is involved in Mali with about 20 soldiers as part of a Franco-German Brigade. Their current task is limited to training the Malian army. German soldiers were previously unarmed and under the protection of the French.

The new plan is reportedly for armed German soldiers to be used for the protection of camps as well as the airport in the capital, Bamako. This means turning the training mission into a so-called “robust” military operation.

The greater involvement of the Bundeswehr in Mali aims to relieve the French army, so it can concentrate more on operations in the Central African Republic (CAR). France currently has several thousand soldiers in Mali, but resistance from Islamist groups there has increased sharply in recent weeks.

In addition to the German support in Mali, the Conference of Foreign Ministers of the European Union in Brussels has just agreed to European aid for France’s military operations in the CAR. After Brussels’ decision, planning began immediately for the military mission, in order to determine the contributions of individual EU member states, as well as their size and the tasks of their troops. A UN mandate will be sought immediately.

Berlin also wants to increase its participation in this operation. Although no use of combat troops has been planned so far, the German Luftwaffe (Air Force) has taken over much of the logistics of the EU mission and will support the troops and transport of materials. The Luftwaffe’s Airbus A310s are reportedly already being equipped for such operations.

With its increased military involvement in Africa, Berlin is rushing to the aid of the French government. The situation had looked somewhat different at the EU summit in December. At that time, when the French president had sought support for the military operation in Africa, Chancellor Merkel brusquely replied: “We cannot fund or support any military mission where we are not involved in the decision-making process.”

The reason for the change of heart at the Chancellery is the harsh social attacks announced by President Hollande last Tuesday at a press conference at the Elysée Palace. The so-called “Pact of responsibility,” which he presented there, had been worked out in close cooperation with Berlin. It is based on the attacks on welfare and labour regulations embodied in the “Agenda 2010” and the Hartz laws, introduced by the Social Democratic Party-Green Party government of Gerhard Schröder (1998-2005).

The Social Democrat and member of the IG Metall union Peter Hartz, who lent his name to the legislation, had elaborated the most comprehensive social cuts since the establishment of the postwar German state, conducted long discussions in Paris with François Hollande in recent weeks, and advised his government regarding its approach. Many of the austerity measures announced by Hollande stem from the Hartz Commission.

Businesses and the self-employed will be spared from paying a total of €35 billion in taxes and social security contributions by 2017. At the same time, Hollande announced far-reaching cuts in unemployment benefits and social spending financed through the RSA (Revenue of Active Solidarity). The details will be fixed by law in the spring.

“If France wants to preserve her influence and keep her fate in her own hands, she needs to regain her economic strength,” said Hollande. A significant cut in labour costs was therefore essential in order to strengthen France’s competitiveness, he indicated.

Again and again, Hollande stressed cooperation with Germany. He announced that he would proceed “systematically and consistently” with the reform of the welfare system this time, “and not sporadically, as hitherto.”

This blatant threat to the working class was met with applause in Germany by the employers’ associations and the government.

With previous welfare cuts having already sparked fierce opposition in the French population and the president’s popularity having fallen to a record low, Berlin has offered its support to the Hollande government in the confrontation with the working class.

German military support in Mali and Central Africa must be seen in this context. It is being used to back the French president on his foreign front, and to enable him to better enforce drastic social attacks against the working class at home.

Claims by German Foreign Minister Frank-Walter Steinmeier (Social Democratic Party, SPD) that this is a humanitarian relief operation to protect refugees in Mali and the Central African Republic in face of Islamic terrorism are nothing but hypocrisy and hackneyed propaganda.

The same Islamists now active in northern Mali were regarded as important allies by Europe and the US in 2011 in the fight against the Libyan regime of Muammar Gaddafi. In Syria, the Western powers are supporting similar reactionary forces seeking to overthrow the regime of Bashar al-Assad and install a pro-Western puppet regime.

The war in Mali has just as little to do with the “fight against terrorism” as in Afghanistan, but is rather about substantial geo-strategic and economic interests.

The war is part of the imperialist campaign for the renewed colonial subjugation of Africa, which began with the NATO war against Libya two years ago. Mali, like the entire Sahel region, has rich mineral resources that the imperialist powers want to secure for themselves, especially in competition with China, which has close economic ties to Mali and the Sahel.

The more clearly the neo-colonial character of the war is expressed, and the clearer German support is aimed at strengthening the Hollande government against French workers, the more decisively the Left Party sides with the government in Berlin.

Over the weekend, Left Party Member of Parliament Stefan Liebich and Green Party politician Agnieszka Brugger published a joint strategy paper on a “peace-oriented foreign policy,” stating that all parties, “including ours, still have much homework to do here.” The paper calls for a “peace policy to strengthen human rights.”

Moreover, according to the joint statement, “For us, Bundeswehr missions abroad without a mandate from the United Nations are excluded.” That is, combat missions are entirely possible, if they have a UN mandate.

The Left Party’s manifesto continues, “We demand an immediate end to all combat missions of the Bundeswehr. This includes German participation in UN-mandated military operations under Chapter VII of the UN Charter.” These pacifist phrases are now giving way to open support for imperialist war under the bogus cover of human rights. 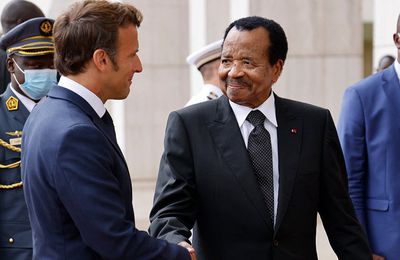 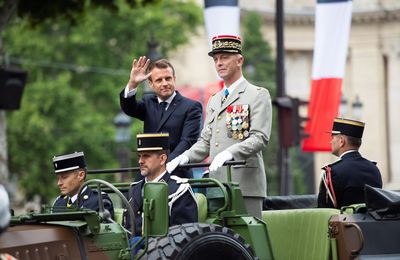