A tip-off is that the Washington Post refuses to face up to a conflict of interest involving Jeff Bezos -- who's now the sole owner of the powerful newspaper at the same time he remains Amazon's CEO and main stakeholder.

The Post is supposed to expose CIA secrets. But Amazon is under contract to keep them. Amazon has a new $600 million "cloud" computing deal with the CIA.

The situation is unprecedented. But in an email exchange early this month, Washington Post executive editor Martin Baron told me that the newspaper doesn't need to routinely inform readers of the CIA-Amazon-Bezos ties when reporting on the CIA. He wrote that such in-story acknowledgment would be "far outside the norm of disclosures about potential conflicts of interest at media organizations."

But there isn't anything normal about the new situation. As I wrote to Baron, "few journalists could have anticipated ownership of the paper by a multibillionaire whose outside company would be so closely tied to the CIA."

TheWashington Post 's refusal to provide readers with minimal disclosure in coverage of the CIA is important on its own. But it's also a marker for an ominous pattern -- combining denial with accommodation to raw financial and governmental power -- a synergy of media leverage, corporate digital muscle and secretive agencies implementing policies of mass surveillance, covert action and ongoing warfare.

Digital prowess at collecting global data and keeping secrets is crucial to the missions of Amazon and the CIA. The two institutions have only begun to explore how to work together more effectively.

For the CIA, the emerging newspaper role of Mr. Amazon is value added to any working relationship with him. The CIA's zeal to increase its leverage over major American media outlets is longstanding.

After creation of the CIA in 1947, it enjoyed direct collaboration with many U.S. news organizations. But the agency faced a major challenge in October 1977, when -- soon after leaving the Washington Post -- famed Watergate reporter Carl Bernstein provided an extensive expose in Rolling Stone.

Citing CIA documents, Bernstein wrote that during the previous 25 years "more than 400 American journalists... have secretly carried out assignments for the Central Intelligence Agency." He added: "The history of the CIA's involvement with the American press continues to be shrouded by an official policy of obfuscation and deception."

Bernstein's story tarnished the reputations of many journalists and media institutions, including the Washington Post and New York Times. While the CIA's mission was widely assumed to involve "obfuscation and deception," the mission of the nation's finest newspapers was ostensibly the opposite.

During the last few decades, as far as we know, the extent of extreme media cohabitation with the CIA has declined sharply. At the same time, as the run-up to the U.S. invasion of Iraq attests, many prominent U.S. journalists and media outlets have continued to regurgitate, for public consumption, what's fed to them by the CIA and other official "national security" sources.

The recent purchase of the Washington Post by Jeff Bezos has poured some high-finance concrete for a new structural bridge between the media industry and the surveillance/warfare state. The development puts the CIA in closer institutionalized proximity to the Post, arguably the most important political media outlet in the United States.

At this point, about 30,000 people have signed a petition (launched by RootsAction.org) with a minimal request: "The Washington Post's coverage of the CIA should include full disclosure that the sole owner of the Post is also the main owner of Amazon -- and Amazon is now gaining huge profits directly from the CIA." On behalf of the petition's signers, I'm scheduled to deliver it to the Washington Post headquarters on January 15. The petition is an opening salvo in a long-term battle.

By its own account, Amazon -- which has yielded Jeff Bezos personal wealth of around $25 billion so far -- is eager to widen its services to the CIA beyond the initial $600 million deal. "We look forward to a successful relationship with the CIA," a statement from Amazon said two months ago. As Bezos continues to gain even more wealth from Amazon, how likely is that goal to affect his newspaper's coverage of the CIA?

Norman Solomon is co-founder of RootsAction.org. 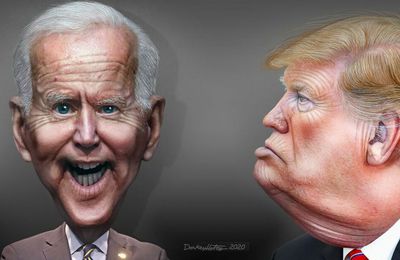