Some U.S. exporters say they're already feeling the effects of the nation's confrontation with Russia as product orders from that country are suspended, pared back or halted.

"I'm feeling a cold freeze in our relationship with businesses in Russia," says Roy Paulson, CEO of Paulson Manufacturing of Temecula, Calif.

He says the company, which makes protective face shields for industrial and public safety use, hasn't received a customer request for an order price from his distributor in Russia in several weeks. Normally, he says, he's juggling three or four such requests at a time.

Thus far, President Obama has placed limited sanctions on Russia in response to its incursion into Ukraine, blacklisting and freezing the assets of 20 high-level Russian officials. Obama has raised the possibility of more punishing sanctions against specific industries.

It's unlikely that Obama will impose drastic restrictions on trade between the two countries, says Eswar Prasad, a professor of trade policy at Cornell University. But, he says, U.S. organizations such as the Export-Import Bank could feel pressured to limit loans or guarantees to companies seeking to sell to Russia for the first time or expand into new markets.

Rising tension between the two countries is prompting some Russian businesses to pull back. Also, since January, the ruble has fallen in value against the dollar, making U.S. goods more expensive in Russia.

Paulson says his company sold face shields valued at $500,000 to Russian police departments last year — about 10% of all his exports and 2.5% of his total sales. But he says the firm had to painstakingly build relationships and clear bureaucratic hurdles to win that business and has been hoping to sell a new product line — face shields for electronics uses.

"We see (Russia) as a tremendous growing market for our business," he says.

Radi Al-Rashed, CEO of International Chem-Crete Co. of Dallas, says that two weeks ago his dealer for Russia and Ukraine placed on hold a $432,000 order for the company's product, which is used to prevent airport runways and roads from freezing.

"We worked hard for two years to increase our exports and now we have this crisis and…we don't know what's going to happen," Al-Rashed says. A sharp drop-off of his Russian sales could cut revenue by about 20%, he estimates.

The Louisiana Caviar Co. of New Orleans stopped exporting to Russia entirely a couple of months ago as tensions with Ukraine grew and Russian restaurants and grocery stores abruptly cut off caviar orders.

"I just saw it as anti-American sentiment," says company owner John Burke. Russian sales made up about 20% of his revenue but he has more than offset the loss with increased sales in the U.S. and Mexico.

The Legacy Companies of Fort Lauderdale, Fla., has not yet seen an impact on its $1.2 million annual sales of juicers, blenders and ovens to Russian shops and restaurants. But CEO Neal Asbury is worried.

"The longer this goes on, the possibility of (customers) looking for alternatives to our products is very real," he says. 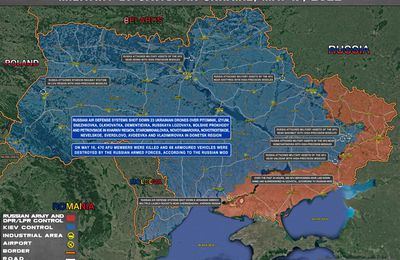