As critics of Israel’s policy in Gaza lose faith in governments to take action, a new app is helping them to it themselves. Buycott is one of the hottest items on the market as shoppers are using it in their droves to avoid purchasing Israeli products.

The Buycott app has a number of groups, which its users can join, with one of the most successful being the “Long live Palestine, boycott Israel” group. Numbering just a few hundred users in mid-July, it has surged in popularity in a month, with over a quarter of a million people currently signed up, according to the Buycott website.

The “Long live Palestine, boycott Israel” group on the Buycott app was set up in April by a British teenager. It is going from strength to strength. The group saw traffic grow by almost 30 percent in just 12 hours on the morning of Thursday 7.

“I noticed three weeks ago that we were seeing an unusual spike in traffic, but there hadn’t been any articles written about the app or Israel campaigns,” said Ivan Pardo, speaking to Forbes. “Next thing I knew Buycott was a top 10 app in the UK and Netherlands, and #1 in a number of Middle Eastern countries. Word was spreading through social media.”

The Long Live Palestine, boycott Israel group has 49 companies on its ‘companies to avoid’ list, which

The groups mission is about, “ordinary people around the world using their right to help bring an end to the oppression in Palestine. It’s a peaceful means of putting international pressure on the state of Israel and follows in the successful boycott against South African apartheid,” a message on the “Long live Palestine, boycott Israel” application stated.

The app works by allowing shoppers to scan barcodes of food products, such as a tub of hummus, to see if it was produced in Israel, or has any links with companies that support Israel’s bombardment of Gaza. The scanning process takes just a few seconds and then provides information about the company, such as its location and its website.

range from Victoria’s Secret, which is one of the largest clients of Delta Galil, who operate a textile factory in the West Bank industrial zone of Barkan, to Volvo, who’s machinery has been used to destroy Palestinian settlements in violation of international law.

In contrast, the group also supports four companies, such as the Taybeh Brewing Company, which operates a Palestinian owned brewery and winery in the West Bank. Also on the list is the UK cosmetics firm Lush, which has striven to raise awareness of the struggle for human rights in Palestine.

Social media has been playing its own part in trying to put economic pressure on Israel to halt its actions in Gaza. The Israeli company SodaStream, which is also on “Long live Palestine, boycott Israel’s” list has come in for particular criticism.

SodaStream has its main plant in the industrial zone of Mishor Edomim, which is an illegal Israeli settlement in the West Bank, while the Boycott website also states that Palestinians who work there are paid less than half the minimum wage.

The BDS (Boycott, Divestment, Sanctions) movement targets products and companies (Israeli and international) that profit from the violation of Palestinian rights, as well as Israeli sporting, cultural and academic institutions.

In February, BDS hit the headlines when it demanded Oxfam drop Hollywood actress Scarlett Johansson as an ambassador for her endorsement of SodaStream. They argued that Johansson’s role in Oxfam undermined the organization’s supposed condemnation of economic corporation with Israeli settlements.

"A refusal to part ways with Johansson will tarnish the charity’s credibility among Palestinians and many people of conscience around the world,” said the BDS in a statement.

Meanwhile, SodaStream’s UK operations were dealt a blow in July after department store John Lewis decided to stop stocking the product in its shops, while another store in Brighton, which had endured protests for two years, also decided to close.

Sarah Colborne, the director of the Palestine Solidarity Campaign, attributed the closure of the Brighton store as well the decision by John Lewis, directly to pressure from the BDS movement.

“The news that SodaStream is closing its main UK store and that John Lewis is taking Soda Stream products off its shelves is a major success for the Boycott, Divestment and Sanctions movement,” she said, according to Haaretz. 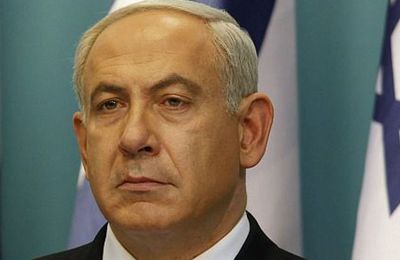