What The CIA Didn’t Want Americans To Know (Politico) Iranians carry a placard bearing the picture of Jihad, the son of assassinated senior Hezbollah commander Imad Mughniyeh, posing with his late father. |

Agency brass tried to spike a story implicating the CIA in the killing of a top Hezbollah terrorist. Newsweek complied. The Post didn’t.

For a year, Newsweek held a story on the assassination of top Hezbollah operative Imad Mughniyeh at the CIA’s request, the magazine confirmed Friday — only to be scooped by The Washington Post last week.

The CIA made a forceful case for holding the story in conversations and a meeting at the agency’s headquarters in Langley, Va., and Newsweek honored that request, according to Editor-in-Chief Jim Impoco.

Mughniyeh was one of the most wanted terrorists in the world, responsible for orchestrating the deaths of Americans, Jews and Israelis in the Middle East and Argentina. In 2008, he was killed by a car bomb in Damascus, Syria, in what both Newsweek and The Washington Post reported was a joint U.S.-Israeli operation.

Imad Mugniyeh’s 25-year-old son, Jihad, was killed in Syria’s Golan Heights by an Israeli airstrike in mid-January. Hezbollah has been deeply involved in the Syrian civil war, fighting on behalf of Bashad al-Assad’s regime.

On Friday, Jan. 30, the Post published its account of Imad Mugniyeh’s death and Newsweek soon followed – odd timing for a blockbuster national security story with global implications, including the potential to derail U.S. talks with Iran, Hezbollah’s chief patron.

The unusual timing was the result of competitive pressure – and the Post’s fear of getting scooped on a story it was eager to publish, multiple sources said.

The reason was that Impoco was tipped off that the Post was about to publish its version of how the terrorist mastermind had finally been brought down. And sure enough, late Friday, the Post’s story by reporters Adam Goldman and Ellen Nakashima went live.

Over at the Post, the story was held for two and a half weeks at the CIA’s request, according to a source at the newspaper. The CIA had asked for the delay to deal with certain circumstances and a schedule was mutually agreed upon.

The Post’s original plan was to post the story online on Saturday, Jan. 31 and feature it in the Sunday paper. But when the Post learned that the CIA had tipped off other outlets that the story would be coming out, the paper’s editors decided to publish it immediately, and the story went up around 10:00 p.m. on Friday night.

Impoco said that Newsweek hadn’t intended to publish its story before learning that the Post was about to break the news of the CIA’s involvement in Mugniyeh’s killing.

“We’re aware of the fact that facts on the ground had changed over the past year with regards to Hezbollah …. but we weren’t having active discussions about resurrecting it. We gave our word and that’s that,” Impoco said.

Sources at Newsweek said they felt there was justification to honor the CIA’s request to hold the story until the agency gave the green light. Americans were not harmed by the story not being told immediately, unlike the stories about the National Security Agency’s wiretapping program.

But though both the Post and Newsweek posted their stories within hours of one another, and both stories cited former intelligence officials as sources, they differ in significant ways.

According to the Post, the bomb that killed Mughniyeh was triggered from Tel Aviv by Mossad agents who were in communication with CIA spotters on the ground in Damascus.

According to Newsweek, a Mossad agent identified Mughniyeh and helped provide intelligence, but it was the CIA that pressed the button.

Both report that the plan was personally authorized by then-President George W. Bush, and that the CIA helped test and build the bomb that ultimately killed Mugniyeh.

The Post also stands by its version of events. “We’re proud of this story. It was the result of long, difficult digging by the reporters, Adam Goldman and Ellen Nakashima. We published it on a schedule that was both prompt and sensitive to national security concerns,” Editor Marty Baron said in a statement.

Robert Baer, a former CIA case officer with long experience in the Middle East, said that several other news outlets, including ABC and NBC, were also reporting the story of Mughniyeh’s assassination.

“I know both Jeff Stein and Adam Goldman and other journalists that were going to break it,” Baer said in an interview. “The networks killed the story. And I think I did an ABC interview with Martha Raddatz which was killed. They won’t say why it was killed but it was.”

Sources at ABC said the story was set to air last week but wasn’t killed. Instead, they say, it was moved for timing purposes and that the CIA never pressured the network.

Investigative journalist Matthew Cole had been working on the story for NBC News, Baer said.

NBC did not responded to requests for confirmation that they had been working on a story about Mughniyeh.

In his book “The Perfect Kill: 21 Laws for Assassins,” Baer, who said he spent more than a decade tracking Mughniyeh, wrote that he considered assassinating him but never had the chance.

The plot that was eventually carried out “is straight out of Hollywood,” Baer said.

Though Newsweek, Washington Post and the CIA declined to specify why the agency did not want the story published, Baer suggested the CIA would have argued that the story would get people killed.

“They’re obligated to keep these stories out of the newspapers. If someone does take revenge they’ll say ‘We told you so,’” Baer said. 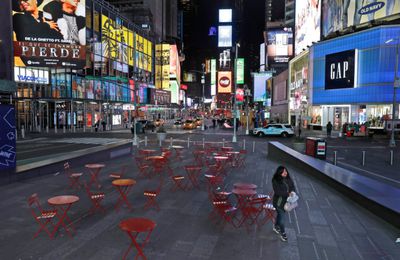 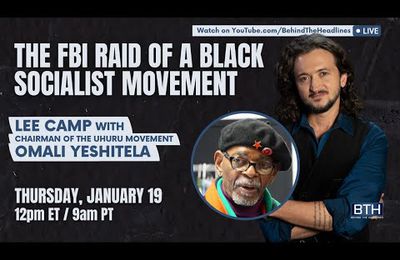