Since 2001, when then US President George Bush announced his "War on Terror," presidents and politicians both in the United States and among America's allies, have repeated this phrase and have done their utmost to convince the public that indeed, the West was fighting a "War on Terror." 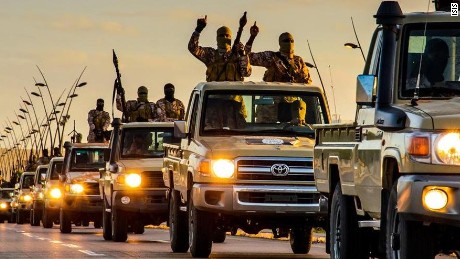 Yet there is something disturbingly ambiguous about what exactly the "War on Terror" consists of, who it's being waged against and how it could ever possibly be brought to a successful conclusion.

It is also often referred to as the "Long War," and for good reason. America's ongoing occupation of Afghanistan is the longest armed conflict in US history. Additionally, US troops still find themselves in Iraq, some 14 years after the initial invasion and occupation of the state in 2003.

Because of the ambiguous nature of the "War on Terror," politicians have been given much room to maneuver their rhetoric, explaining why more wars must be waged, more liberties curtailed at home and more wealth and power channeled into fewer and fewer hands.

The fanatics, weapons, supplies, vehicles and finances that grease the wheels of global terror do not merely spring forth from the pages of the Qu'ran, as bigots across the West insist.

Just like any national army, the army raised and wielded in the name of terrorism has several basic components. Examining these components reveals a very uncomfortable but somewhat poorly hidden truth.

In reality, fanatics must be indoctrinated. And they are, in Saudi-funded madras and mosque networks wrapping around the globe. In the United States and across Europe, these madrases and mosques often serve as both indoctrination centers and recruiting stations. They operate as such with the explicit knowledge, even cooperation of US and European security and intelligence agencies. 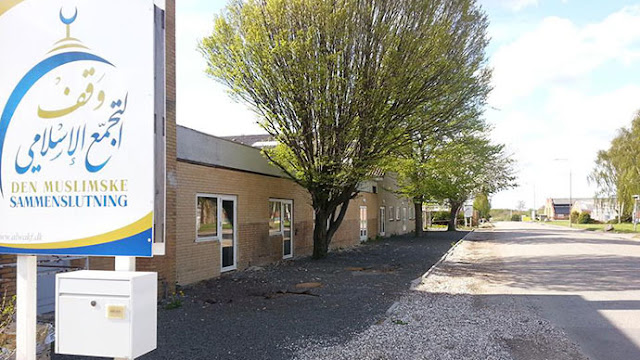 One such center can be found in Denmark at Grimhøjvej Mosque in Aarhus which openly serves as a recruiting station for militants meant to fight abroad in US-European backed wars in Libya, Syria, Iraq and Yemen. The government of Denmark openly collaborates with the mosque to integrate these individuals back into Danish society when they return.

The mosque in Aarhus is hardly an isolated example. Such mosques backed and protected by US-European-Saudi money and political influence dot the globe, feeding recruits into a global mercenary army carrying out proxy war and staging terrorist attacks whenever and wherever politically convenient.

Both Wikileaks and even the US' own Defense Intelligence Agency has released documents exposing the role both the West and Gulf states such as Saudi Arabia and Qatar have played in the arming and funding of actual militants once they reach the battlefield.

Additionally, militants that have been indoctrinated, trained, armed, funded and battle-hardened by Western and Gulf sponsorship, return back to their respective nations where they are then cultivated for domestic operations. Terror attacks like those in Paris and Brussels, Berlin and elsewhere are carried out almost exclusively by militants US-European security and intelligence agencies have known about and even arrested but inexplicably released, allowing them to carry out their attacks.


What a Real War on Terrorism Requires

It is often said that states like Russia, Syria and Iran exist as natural allies to the United States and Europe in the fight against terrorism. And that would be true if not for the fact that said terrorism is actually a deliberate product of US-European foreign policy. Were the West to truly wage a war on terrorism, it would already be deeply cooperating with these  nations on the front line against groups like Al Qaeda and the self-proclaimed Islamic State.

However, terrorism is waged as a means of fighting the West's proxy wars abroad, and to create divisive, paralyzing hatred, fear and hysteria at home. 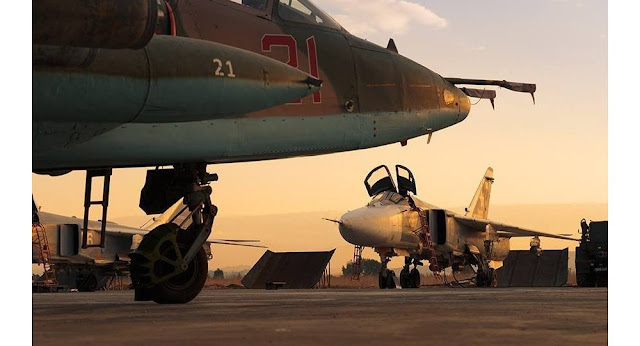 Travel bans are created to intentionally stoke controversy and distract the public from the aforementioned reality driving  terrorism. As is evident in virtually all terror attacks carried out across the West, suspects are already know to security and intelligence agencies beforehand. These agencies simply need to stop them. Instead, they allow the attacks to take place, granting their respective governments political capital to channel more power into centralized hands.

While the US and Europe use terrorism as a function of foreign policy, they could not do it without their intermediaries in the Persian Gulf. Without the Saudis and Qataris serving as "handlers" for the West's terrorist legions, it is unlikely such legions could be raised to begin with.

Targeting, rather than embracing, even protecting these state sponsors of all aspects of terrorism, from indoctrination and recruitment, to training, arming and financing terrorism on the battlefield, would be another essential step in a real "War on Terror."

Yet from President Bush to President Obama and now during the administration of US President Donald Trump, the US and its European allies continue to coddle the regimes in Riyadh and Doha, rather than taking any measures whatsoever to disrupt this terror pipeline.

While the US remains in Afghanistan allegedly to "fight terrorism," it refuses to take even the most basic steps to dismantle the ideological, political and financial structures in the Persian Gulf fueling that terrorism.

A final means of combating and defeating "terrorism" would be to educate the public of just how small a minority is actually involved in it, isolating those groups exploiting and perverting ideologies from the vast majority who practice these ideologies constructively.

Instead, US and European demagogues work ceaselessly to lump all of Islam into the "terror" basket, creating tension and hostility on both sides of an essentially manufactured strategy of tension. Instead of draining emotional and political resources from those seeking to recruit disillusioned individuals, the West is ensuring them an endless supply.

A real "War on Terror" is clearly not being waged. Nothing presented by President Trump before or after his campaign victory in 2016 indicates a real war is about to be waged. In fact, much of what has been done thus far, has simply been the placing of additional bricks on a very predictable path toward the infinite horizon of this "Long War."