“The immorality of the Organisation of American States … and their secretary general, Luis Almagro, [who] have kept silent regarding the repression in Brazil,” Rodriguez tweeted.

In a follow up tweet, Rodriguez accused the OAS of hypocrisy for insisting on discussing the political crisis in Venezuela, while deeming that “the situation [in Brazil] cannot be addressed”.

The comments came after an OAS meeting Wednesday, when the majority of the regional bloc’s member states voted down an Ecuadorian proposal to discuss the crisis in Brazil.

The country's unelected president Michel Temer is currently mired in a bribery scandal, as well as facing calls to resign over allegations of abuse of power and excessive force against protesters. His leftwing predecessor Dilma Roussef was removed from office after being impeached in 2016, in what many observers labeled a rightwing "coup" at the time.

“There's no alteration or risk to the constitutional order,” he stated.

Venezuela’s government made a similar argument before the OAS in April this year, after several member states pushed for high level talks on the standoff between the country's opposition controlled National Assembly and the presidency.

Venezuela's insistence that the discussion violated its right to national sovereignty was roundly rejected, and it later announced plans to leave the OAS .

For months, Venezuela has been locked in a political and economic crisis, with the country’s opposition demanding the resignation of President Nicolas Maduro, who they accuse of abuse of power and excessive force against protesters. The government charges the opposition with pursuing regime change against an elected president. 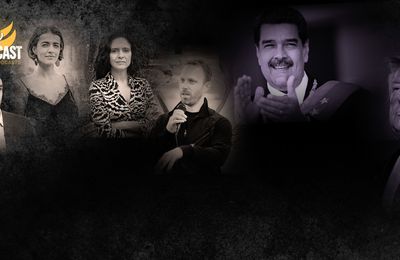