Like a crazed gambler who bet the house – and lost – Theresa May’s Conservative (Tory) government is now doubling down to risk peace in Ireland so that she might cling on to power. Having lost her party’s overall majority in the House of Parliament in last week’s humiliating British general election, May is having to rely on a rabidly sectarian party from Northern Ireland to cobble together a working government.

The so-called Democratic Unionist Party (DUP) is being wooed by May to provide its quota of 10 MPs in order to form an ad hoc parliamentary coalition. If a deal is done, that would give the Tories a total of 328 parliamentarians – scraping just enough lawmakers to pass future legislation.

It remains to be seen if the proposed arrangement will work. Labour leader Jeremy Corbyn has derided it as a «coalition of chaos» and is urging his own party to get ready to contend another election in the coming months resulting from the Tory government’s possible collapse.

Several leading British and Irish political figures are warning May that her gamble to govern with the Northern Ireland DUP is risking the return of violence in the British-ruled province. The danger stems from the DUP demanding concessions from London which would inflame sectarian tensions in Northern Ireland.

For the past 20 years since the signing of a peace agreement in 1997, Northern Ireland has witnessed a period of relative calm. A thirty-year sectarian conflict between mainly pro-British Protestants and pro-independence Catholics that began in 1968 had been largely settled. A local administration of power-sharing between the DUP unionists and republicans belonging to Sinn Fein was forged. That managed to keep the lid on seething sectarian passions. But now that lid is in danger of being blown away by May’s one-sided deal-making with the unionists.

John Major, a former British Conservative prime minister (1990-97) who helped facilitate the Irish peace process, has this week added his voice to a chorus of public figures warning Theresa May that her proposed pact with the DUP could reignite conflict in Northern Ireland.

Major said a «fundamental part» of the Northern Ireland peace deal is that the London government needs to be seen as impartial between competing political parties in the province. With May now moving to explicitly rely on the DUP to govern Britain that official impartiality is cast aside.

The warnings from Major have been echoed by the former southern Irish premier Enda Kenny, as well as by former British Labour minister Peter Hain. Hain, who was also involved in implementing the Irish peace process, said that any deal between May’s government and the DUP will come at a painful price for Northern Ireland.

This comes at a particularly delicate time in Northern Ireland. For the past six months, the local administration based in Stormont, Belfast, has been suspended. Sinn Fein – the second biggest party after the DUP – collapsed the power-sharing assembly over a public spending scandal involving DUP ministers.

Some members of the DUP – who were never supportive of the power-sharing deal anyway – are now seizing on the chance to end it entirely. With a direct line of power from London owing to the proposed coalition with May, the DUP are emboldened to go it alone, without Sinn Fein. The latter is the political wing of the Irish Republican Army, the guerrilla group that fought against the British army and police force during the 3o-year conflict. The DUP have never fully reconciled with Sinn Fein whom they accuse of being «terrorists».

Also, another incendiary factor is that the summer months in Northern Ireland are traditionally a time of increased sectarian tensions. This is because pro-unionist organizations led by the Protestant Orange Order (a Masonic group likened to the KKK in the USA), as well as associated paramilitary factions, take to the streets in large-scale marches to commemorate centuries-old battles. The marches which culminate next month on July 12 are seen by many Catholics as provocatively sectarian. Historically, the Orange parades are organized in a «triumphalist» display or supposed supremacy over the minority Catholic community in Northern Ireland.

An ominous fact is that the Orange marches were a tipping factor in the eruption of violence in Northern Ireland back in 1968.

Since the signing of the peace accord in 1997, the British government agreed to demands to restrict these pro-unionist marches from entering into Catholic communities. Again, now with the DUP being seen to have governing favor with the Conservative administration in London, the Orangemen and their overlapping rank-and-file membership of the DUP are demanding that the marching restrictions be lifted.

As former Labour minister Peter Hain notes «it will be difficult for May to say no to the unionists’ demands» owing to the imperative of her own political survival in Westminster. That imperative for the shaky minority Conservative government is all the more amplified because of the impending Brexit negotiations due to start next week with Brussels.

The Brexit talks following last year’s British referendum to leave the European Union are billed as the most important negotiations facing Britain since the Second World War. Yet May’s government is going into these talks with Brussels not knowing whether its negotiating position should be to seek a «hard» or «soft» Brexit, that is, what the degree of separation from the EU should be, either full or partial. May’s government is in a shambles on the Brexit rubicon. Shoring up a semblance of stability in London is therefore seen by the Tories as vital. And that is why May is wide open to leveraging by the DUP, no matter the potentially dire consequences for Irish peace.

Other inflammatory demands expected from the DUP include the closing down of historical prosecutions against members of the Northern Ireland security forces who are accused of collusion with unionist paramilitaries.

The notion that Northern Ireland was beset «only» by «republican terrorists» is a DUP hobby horse. A hobby horse which is shared incidentally by large sections of the Conservative party and the British establishment. That is why Labour’s Jeremy Corbyn was vilified as a «terrorist sympathizer» during the recent election campaign, owing to his past verbal support for Sinn Fein.

The truth is that other parties, primarily the Conservative government of the late Margaret Thatcher (1979-90) and unionist political parties in Northern Ireland like the DUP, were deeply complicit in colluding with illegal paramilitary organizations that supported the political cause of political union between Northern Ireland and Britain. These terrorist organizations included the Ulster Volunteer Force and Ulster Freedom Fighters. They were enabled covertly by British military intelligence, in conjunction with the British-run but now-disbanded Royal Ulster Constabulary police force in Northern Ireland, as well as a local battalion of the British army known as the Ulster Defense Regiment (also disbanded).

This British state counter-insurgency apparatus carried out hundreds of assassinations of republican politicians and other innocent civilians in a deliberate covert campaign of terror to thwart republicanism and the reunification of Ireland as an independent state from Britain.

The DUP and associated organizations like the Orange Order and Ulster Resistance helped to arm the unionist death squads with massive caches of weapons smuggled into Northern Ireland from apartheid South Africa during the 1980s.

One of the present DUP MPs whom Theresa May will be counting on for support to govern Britain is Emma Little-Pengelly. Her father Noel Little, also a DUP member, was convicted for his part in the arms smuggling operation from South Africa.

Several other senior members of the DUP were also implicated in the gun-running for unionist terror groups, including the party founder Ian Paisley (died 2014) and Peter Robinson, who was formerly the First Minister of Northern Ireland before his replacement by the current head of the DUP Arlene Foster. Foster is leading the current talks in London with May to form an informal governing Westminster coalition.

Given the horrendous legacy of bad sectarian blood in Northern Ireland, it seems highly irresponsible for the British Conservative leader to be giving one of the parties to that conflict such disproportionate leverage.

However, tragically, history shows that British Conservative governments have always had a criminally reckless disregard for Irish peace and sovereignty. During the partition of Ireland in 1921, the Tories in London fully embraced the Northern unionists in their seditious threat to use wide-scale violence against Irish democratic rights.

Theresa May made a disastrous gamble to call the British general election last week in a misguided calculation that it would give her a stronger negotiating hand against the rest of Europe. She bet the House of Parliament on her party’s selfish ambitions and she lost big time.

Now May is gambling with peace in Ireland to recoup her disastrous losses. 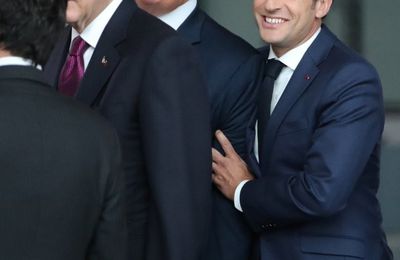