﻿Trump’s Policy Is Clear: Civilian Casualties Don’t Matter in the War on Terror
By Phyllis Bennis
The Nation

Multiple air strikes on cities and the use of white phosphorus—a probable war crime—guarantee a growing death toll. 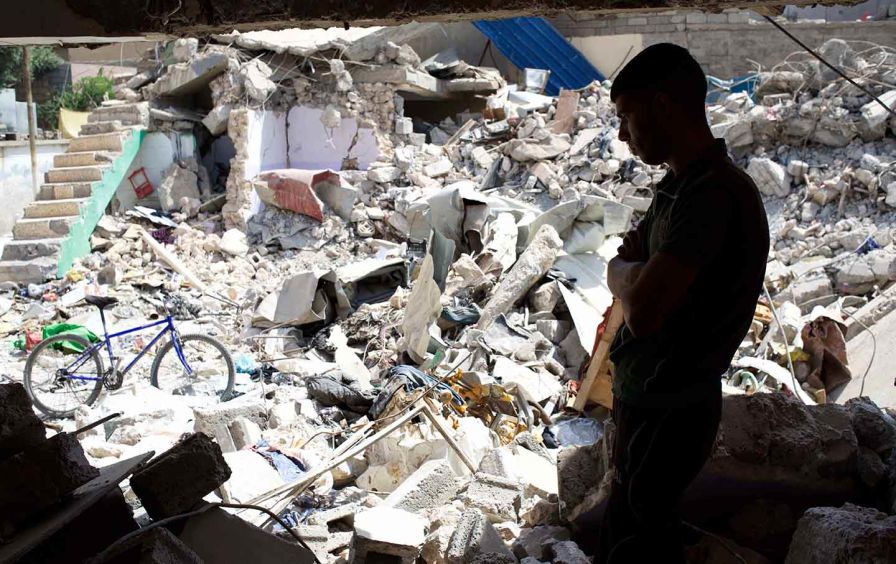 ﻿ Abdulrahman Mohammed looks at the ruins of a house in western Mosul on May 26, 2017, destroyed in a March 17 coalition airstrike that killed more than 100 people. (AP Photo / Balint Szlanko)

Recent news reports describe a massive increase in civilian casualties at the hands of the US military or US allies. In Mosul, Iraq, hundreds of residents have been killed as US forces join Iraqi troops in the last stage of their assault on the ISIS-held city. In Yemen, the United States is increasing its direct involvement in the Saudi-led air war being waged against the poorest country in the Arab world, as the UN and other aid workers struggle against mass famine and a looming cholera epidemic on top of the thousands already killed and millions displaced. And in Raqqa, Syria, US air strikes and white-phosphorus munitions have led to what the UN calls “a staggering loss of life,” as Washington provides backup to Kurdish and Arab forces now besieging the ISIS stronghold.

These attacks, and the skyrocketing civilian casualties that result from them, have two things in common: direct US involvement, a result of the recent escalation in Washington’s direct role in the 16-year-old Global War on Terror; and an absolute disdain for the civilian lives being destroyed in these wars.

there has been no change to our rules of engagement and there has been no change to our continued extraordinary efforts to avoid innocent civilian casualties, despite needing to go into populated areas to break ISIS hold on their self-described caliphate, despite ISIS purposely endangering innocent lives by refusing to allow civilians to evacuate. And we continue all possible efforts to protect the innocent.

And yet, the already high casualty figures continue to mount. When the top UN official on the Syria war described the “staggering loss of life,” he was specifically condemning the impact of US and allied air strikes against Raqqa, not simply bemoaning the war in general. He also discussed the 160,000 people driven out of their homes by US air strikes. An estimated 200,000 more civilians—families, children, old people—are still trapped in Raqqa, and according to the AirWars monitoring group in London, “Rarely a day goes by now when we don’t see three or four civilian casualty incidents attributed to coalition air strikes around Raqqa…. All of the local monitoring groups are now reporting that the coalition is killing more civilians than Russia on a regular basis.”

There is no question that ISIS, which proclaimed Raqqa as the “capital” of its so-called caliphate in 2014, is responsible for horrific atrocities against the civilian population; recent reports indicate that civilians have been killed trying to escape the besieged city. But Trump’s recent policy shift—described as an approach aimed at the “annihilation” of ISIS—guarantees that civilian casualties at the hands of US troops, gunners, and drone and warplane pilots will continue to mount as they attack ISIS fighters holed up with civilians in the crowded, desperate city.

M﻿attis argues that the US military is using “all possible efforts to protect the innocent.” But that argument collapses when the ostensible protection comes in the form of massive curtains of white-phosphorus bombs dropped in civilian areas. White phosphorus is a deadly chemical weapon that burns through skin, muscle, and bone and responds to no treatment. Using white phosphorus is almost always a war crime; the only exception may be its use to screen troop movements on the battlefield. But those troops can be shielded within tanks or armored personnel carriers; vulnerable civilians have no such protection.

In Raqqa, as well as in Mosul, where the United States also dropped white phosphorus, use of the chemical bombs may well qualify as a war crime. According to Amnesty International,

The use of white phosphorus munitions by the US-led coalition gravely endangers the lives of thousands of civilians trapped in and around al-Raqqa city, and may amount to a war crime under these circumstances…. The use of white phosphorus in densely-populated areas poses an unacceptably high risk to civilians and would almost invariably amount to indiscriminate attacks.

﻿ Beyond the use of white phosphorus, the United States is ramping up its direct involvement in wars across the region. In Syria, the Pentagon is now officially arming the Kurdish YPG (People’s Protection Units). The United States depends on their prowess in the offensive against Raqqa, but the move is further antagonizing Turkey, which views the YPG as terrorists. And a US warplane downed a Syrian government plane just days ago, significantly ratcheting up the tensions between the United States and Syria’s key backers, Iran and Russia. While Russia’s response so far has been cautious, Moscow has stated that it will treat any US or allied planes in certain parts of Syria as a legitimate target.

﻿The US claim is that of “self-defense”—that the Syrian warplane threatened US-backed rebel forces attacking ISIS-held areas. But the United States has no legal right to be in Syria—not under international law, and not even under US domestic law. Asserting the right to shoot down any plane supposedly threatening US troops anywhere in the world, regardless of the legality of those troops’ presence, is not a legitimate claim. Things could deteriorate very quickly, and the icy cold war between the United States and Russia could heat up very rapidly if more of these provocations take place.

And we should not forget Yemen, where the United States is now threatening to escalate its direct involvement. More than 10,000 people have already been killed in the civil war, and thousands more are dying from the consequences of the Saudi-imposed blockade of the import-dependent country’s ports, preventing virtually all food and vital medicines from getting in. American planes and pilots have been providing in-air refueling for Saudi bombers, allowing them to attack with greater efficiency, and Washington is now planning to participate in a major military assault that would destroy the country’s main port of Hodeidah, further crippling the country. America is supposedly involved because the Houthi rebels, who have challenged the Saudi-backed Yemeni government for years, have received some support from Iran. So for Washington, backing the Saudi war in Yemen has everything to do with challenging Tehran’s role as a regional power. The fact that more Yemenis will die is not important.

In Nangarhar province in Afghanistan, the United States dropped a 23,000-pound explosive behemoth, the largest non-nuclear bomb ever used in combat, on a cave complex thought to be used by the local branch of ISIS. The use of the “Mother of All Bombs” there was far from the last salvo of that seemingly endless war; Trump has now given his favorite (at least for the moment) general, Defense Secretary Mattis, the power to raise troop levels across the region. In Afghanistan, it looks like at least 4,000 more US troops will be sent, despite the acknowledged lack of any strategy to actually change the lethal stalemate.

We should note that sending more troops to Afghanistan without a strategy is nothing new. Just weeks after President Obama’s inauguration in 2009, he announced plans for a major review of Afghanistan strategy. But first, he said, we’ll send 17,000 more troops to help out against the Taliban. Then we’ll have a strategy discussion. Months later, the decision was to send another 30,000 troops, for a total “surge” of 47,000. But the troops came first, then the strategy. Now, eight years later, the Taliban still control almost one-third of Afghanistan’s territory; ISIS is in the mix, at least on a small scale; and Trump still has no strategy. But he’s allowing his commanders to send more troops.

This broadly applied effort to “annihilate” ISIS is apparently based on what Mattis described as “a tactical shift from shoving ISIS out of safe locations in an attrition fight to surrounding the enemy in their strongholds so we can annihilate ISIS.” He claimed that surrounding ISIS-controlled locations would allow the United States and its allies to “carry out the annihilation campaign so we don’t simply transplant this problem from one location to another.” And if civilians get in the way? Well, we’ll try to be careful, but you know, going after ISIS comes first. Civilians are an afterthought.

The global war on terror has failed, is still failing, and will continue to fail. There is no military solution to terrorism. All the tactical shifts, from “shoving” to “annihilation” of ISIS, are not going to work. More troops and bigger bombs and white phosphorus are not going to work. There are only political, diplomatic, economic, and humanitarian solutions. The military ones just keep killing more civilians, while allowing terrorists to flourish. 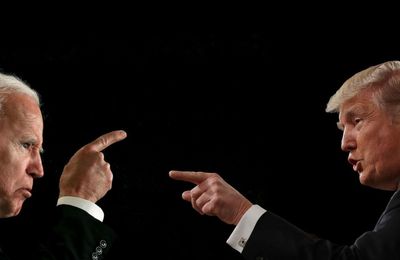