Whose Children? A World that Cares Little for Civilian Victims of War (Counterpunch)

Whose Children?  A World that Cares Little for Civilian Victims of War
By Howard Lisnoff
Counterpunch 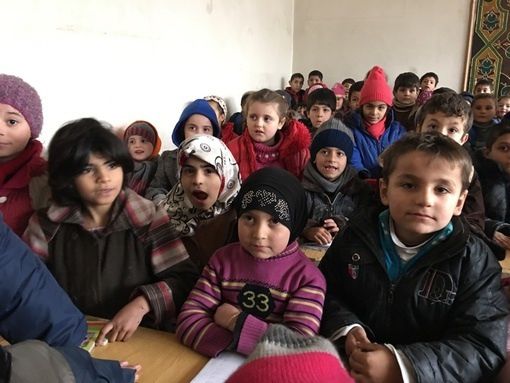 A little over a month ago a suicide car bomb blast hit a convoy of civilians outside of the towns of Fua and Kefraya west of Aleppo in Syria. It is unclear who is responsible for the deaths from the bombing of the buses carrying these refugees, among whom were 68 children. A total of 126 people were killed according to the Syrian Observatory for Human Rights (“‘Sixty-eight children among dead’ of suicide bombing attack in Syria,” Guardian, April 16, 2017).

Compare the latter to the horrific suicide bombing attack in Manchester, England, where 22 people were ruthlessly killed. In the article “Who are the victims of the Manchester terror attack?” (Telegraph, May 25, 2017), the pictures and biographies of the victims of this attack are shown. Among the dead were 12 children according to the Guardian (“Soldiers on British streets as threat level raised to critical-as it happened,” May 22, 2017).

In the case of the Syrian attacks, no pictures or lengthy biographies accompanied the massacre of innocents. Granted, media coverage of horrific events are expected in the West, while documenting the horror of the murder of innocent civilians is often a much more difficult job of journalists and human rights organizations in the Middle East and elsewhere. If accurate documentation does take place in remote places, then it is often months or longer when this reporting happens.

In Iraq, “The Pentagon has admitted that airstrikes it carried out on a house in western Mosul killed at least 105 (the actual toll could be as high as 141) civilians” in March 2017 (“US admits Mosul airstrikes killed over 100 civilians during battle with Isis,” Guardian, May 25, 2017). No photos of civilians accompanied the article.

Now that the rules or laws of war have been cast aside in favor of expediency, Secretary of Defense James Mattis said that the U.S. had “accelerated” its war against ISIS and war policy was moving from “attrition” to one of “annihilation.”  He continued, “civilian casualties are a fact of life in this sort of situation… We’re not the perfect guys” (“Defense secretary Mattis says US policy against Isis is now ‘annihilation,’” Guardian, May 28, 2017).

Since World War I, and especially during and after World War II, civilian populations were viewed as fair game for war makers of all stripes from strategic planners of war down to individual soldiers in the field and in the air. Collateral damage became the favored cliche for the deaths of civilians in war, or as a result of war. Following World War II, Article IV of the Geneva Conventions Relative to the Protection of Civil Person in Time of War (1949) was written to protect civilians after the grotesque failure of humanity to protect the innocent. Of the 60 million people killed during World War II, between 50 to 55 million were civilians (“World War II casualties,” Wikipedia). It does not take a great deal of intuitive power to conclude that the 1949 Convention was written to address this civilian catastrophe.

Donald Trump has delegated new war-making power directly to the military. In “Is there a human toll of giving the military more latitude to strike terror targets” (PBS, March 31, 2017), a former State Department official stated that this change of the role of commander-in-chief gives the military more power to use military force in nations when hostilities move from targeted operations to general hostilities.

Following the Vietnam War, Congress abrogated its war making powers to the president. Now, this change in war making authority from the president to the military is the next step in the decline of civilian control over issues of war and peace as written in the Constitution. More civilian deaths are a likely result of this transfer of power.

Military contractors must have salivated uncontrollably when Trump ordered the use of the Massive Ordinance Air Blast Bomb (nicknamed the “mother of all bombs”) in Afghanistan on April 13, 2017. These can only be good days for the bottom line of the war industry and a harbinger of doom for civilian populations in war zones.

Some critics may observe that while Syria is a nation at war with itself and involves others (proxy war), the horror of Manchester is not part of any war. In some ways that is true, but the idea of blowback brings theaters of war to places and times and with combatants and noncombatants that no one would have anticipated when Article IV of the Convention was written. Some argued during the Vietnam War that guerrilla war made the protection of innocent civilians unimportant. In my memoir, Against The Wall: Memoir Of A Vietnam-Era War Resister (2017), I counter that argument. Indeed, horrific atrocities such as the massacre at My Lai in Vietnam by the U.S. on March 16, 1968, in which between 347 and 504 unarmed civilians were killed, was a moving force driving my resistance to that war. The other massacre that fueled my resistance was the murder of four unarmed students and the wounding of nine others by the Ohio National Guard during an antiwar demonstration at Kent State University on May 4, 1970. The murders and wounding of students at Jackson State also entered into that decision, but was not well known at the time. Jackson State was and is a historically black college (now a university).

Killing the innocent is a hallmark of where the world is as we move further into the 21st century.  Al-Qaeda knew this in September 2001. It’s as if almost nothing has been learned.

Howard Lisnoff is a freelance writer. 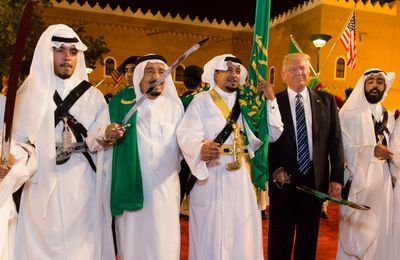