Media Blackout as Saudi Arabia Bombs Its Own Citizens, Tells Them to Leave Their Homes or Die (American Herald Tribune)

Media Blackout as Saudi Arabia Bombs Its Own Citizens, Tells Them to Leave Their Homes or Die
By Catherine Shakdam
American Herald Tribune With most eyes set on what mainstream media has architected as “pressing issues” : Iraq’s alleged mistreatment of Daesh militants, Qatar-would-be declaration of war against the kingdom over the hajj management, or US President Donald Trump’s latest twitter rant, those news which reflect most the nature of our age remain firmly under lock and key - buried under much public apathy.

True to its inherent nature: Saudi Arabia’s system of governance sits still on exclusionism and takfirism, the kingdom’s security apparatus took yet another crack at Qatif Shia community to quench its thirst for religious absolutism. If the international community is in full agreement as to its condemnation of takfiri terrorism, it has yet to accept that while Daesh may be the expression of Terror, Saudi Arabia remains its ideologue.

The one single most dangerous threat to religious freedom Saudi Arabia lives in a perpetual state of murderous rage with a side of religious megalomania. The most violent, oppressive and reactionary theocracy to have grace the pages of our history so far, the kingdom remains bent on disappearing religious pluralism from within its borders - most certainly to set the tone for a further push out.

For those still incline to believe that Saudi Arabia can be reformed, integrated or even tamed I would strongly suggest looking at Riyadh’s abysmal human rights track record vis a vis its religious minorities. I would also suggest wrapping one’s mind around the principle that holds the kingdom upright in the face of popular hatred: bloody repression.

Saudi Arabia we may do well to remember was forged by the sword, its ruling elite knee-deep in the blood of the innocent. Raised on the tradition of Takfir - which tradition stretches much further back than one lunatic bigot: ibn Taymiyyah, Saudi Arabia is not one to reform its ways … rather it has grown bolder in its attacks, and more arrogant in its demeanor. Why apologise for those crimes so many world powers are willing to dismiss just as long as money comes flowing? Why attempt to play by international law, when institutions are so easiy bought into acquiescence?

And yet some horrors cannot brushed under the proverbial rug. And yes before those horrors I must say to feel a particular bias … those communities dying under the blade of al-Saud are my religious kin. Beyond that they are my equal in my humanity, and there I would like to think that none will disagree with me.

A Shia-majority town under complete lockdown by the Saudi authorities, al-Awamiyah could soon see its streets turn red. Should Riyadh have its way all Shia Muslims living within the city border could soon be lying face down on the ground, claimed by a regime which hatred for Shia Islam stands equal to none.

Local sources in the al-Awamiyah confirmed this week that residents were told under no uncertain terms that should they refuse to leave their homes they would be killed by the hands of the security forces.

Why one may ask? Why would a government ever besiege its own people, especially if we bear in mind that those civilians do not represent any real threat, unless of course one chooses to view Shia Islam as a national security threat … others several centuries ago have taken that position, and bloodshed did in fact ensue.

“Since the early hours of Saturday, the Saudi forces have started taking the town under heavy shellfire, virtually barricading the public in their homes,” read a report in Shafaqna.

Ali al-Debisi, the leader of a Europe-based Saudi rights body was quoted as saying that “sharpshooters were training their fire on various targets from atop rooftops and inside armored vehicles,” adding that “locals are afraid of going out for fear of coming under sniper fire.”

On such developments of course few media ever dared report on. Why risk the wrath of the kingdom when one stands to make money by painting its psychosis holy and legitimate? The real question we must ask is how much blood, violence, and ignominy will the world stomach before it wakes to the abominable reality that is the Kingdom of Saudi Arabia?

Let’s hope that THAT penny will drop soon and the world consciousness raised to more than a timid whisper.

I don’t think any one of us can claim to any form of progress when nations entertain a romantic vision of the Crusades, attempting to re-enact some of the darkest chapters of our history for kicks.

Whatever label governments will use to justify genocide does not take away from the nature of such crime.

Allow me to put it to you in no uncertain terms: Saudi Arabia is currently massacring its way through al-Awamiyah  for it was given a license to kill by no other than US President Donald Trump and its cohort of war capitalists … Bomb them he said earlier this year, drive them to the edge and disappear them he called standing a new Nero over the burning ashes of America’s moral compass.

The “they” of course is subject to interpretation …. As far as Wahhabist Saudi Arabia is concerned “they” are all those who deny its religious and political absolutism.

Today Riyadh is playing real estate developer to rationalise its genocidal campaign, covering once again its hacking of the world religious heritage by arguing “renovation project”.

As Shafaqna published in its report: “The project, which has featured wholesale destruction of age-old structures and rampant raids against various targets, has especially targeted the town’s historic Almosara neighborhood, where the government has been toughening living conditions in order to make people leave.”

When not even the UN special Rapporteur Leilani Farha can keep mum on the matter, we must realise that something is indeed terribly wrong.

“Residents have been pressured in many ways, including through power cuts, to vacate their homes and businesses without adequate alternative resettlement options, leaving them at best with insufficient compensation and at worst, with nowhere to go,” she told reporters in June.

The situation here is rather simple and brutal in its simplicity: Saudi Arabia is running a genocide against its Shia community because the nature of its ideology demands so. 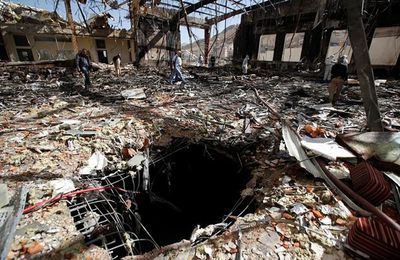 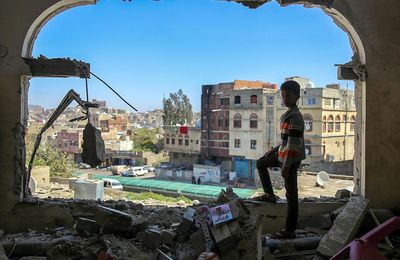